Carbon Monoxide – Are you covered?

Carbon Monoxide (CO) is otherwise known as the silent killer. This is because it is a gas that you cannot see, smell or taste. So this begs the question, how do you know if you have a CO leak?

Due CO being almost impossible to spot, the only way to tell that you have a CO leak is by having a working CO Alarm fitted. Carbon Monoxide standards are taken from BS EN 50292:2002, within which it states that ideally, an alarm should be installed in every room containing a fuel-burning appliance and additional alarms should be installed to ensure that adequate warning is given for occupant in other rooms.

As the image below shows, you should:

A common misconception of CO regards how heavy it is, it has the same density as air so in the room with the appliance the CO alarm would need to be sited on the ceiling 1-3 meters from the appliance to allow for best protection. 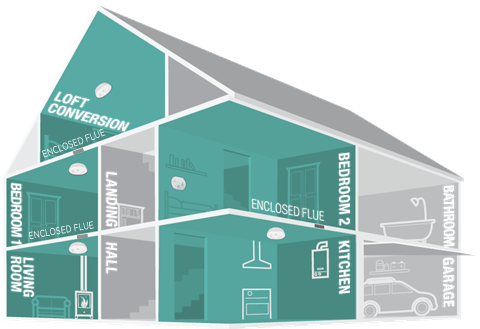 What are the symptoms of CO poisoning?

Many people do not know the symptoms of CO as they are similar to flu, this leads to 4,000 people a year going to A&E with CO poisoning!* Would you know if you had background CO levels?

It is possible to have some background CO in your home without it being enough to trigger an alarm. The best way to find this out is to do an AuidioLINK Data Extraction report from any Aico CO Alarm via the AudioLINK App on your smartphone. AudioLINK can also tell you things such as the sensor status and battery life, to find out more, visit our AudioLINK page. 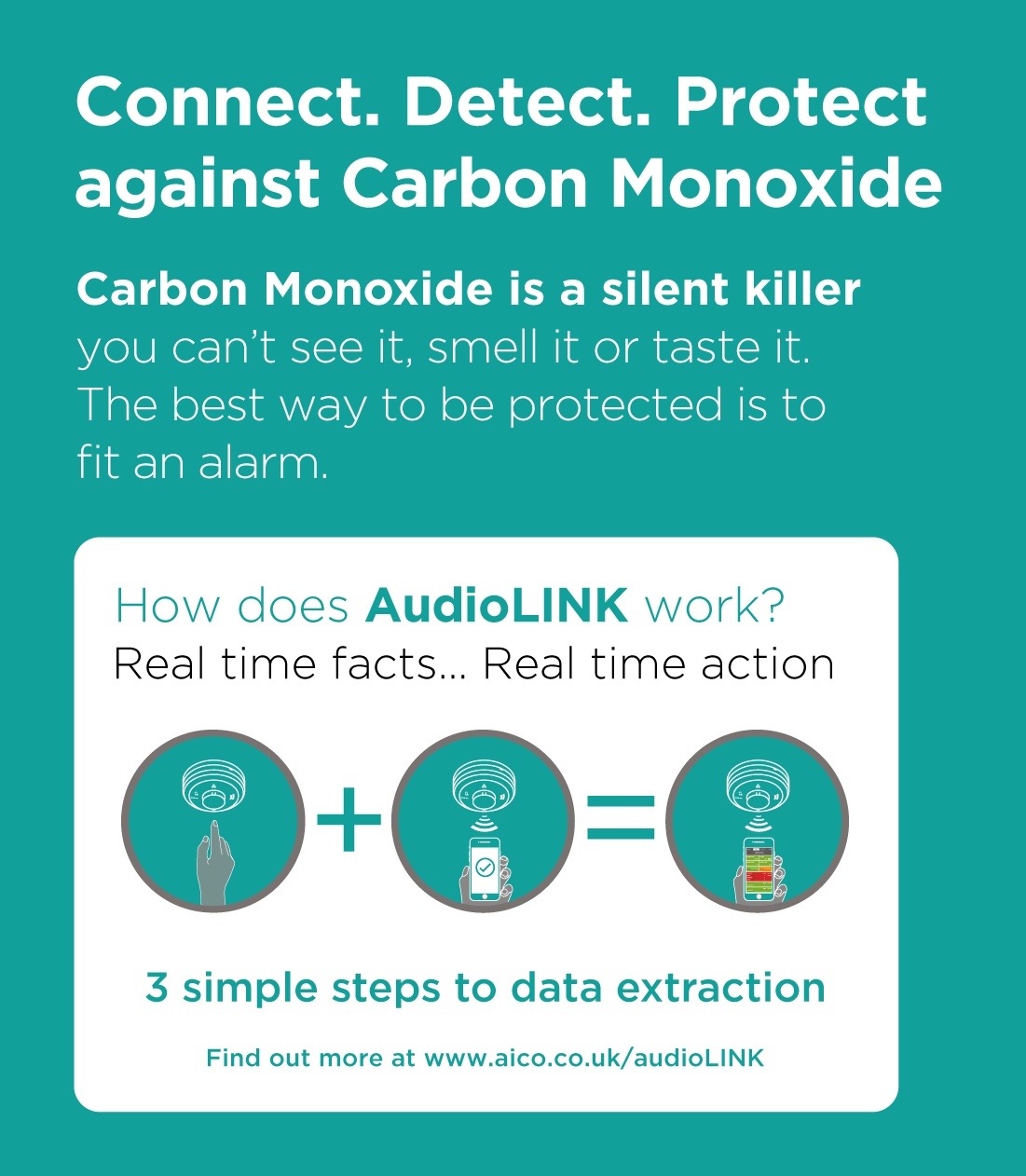